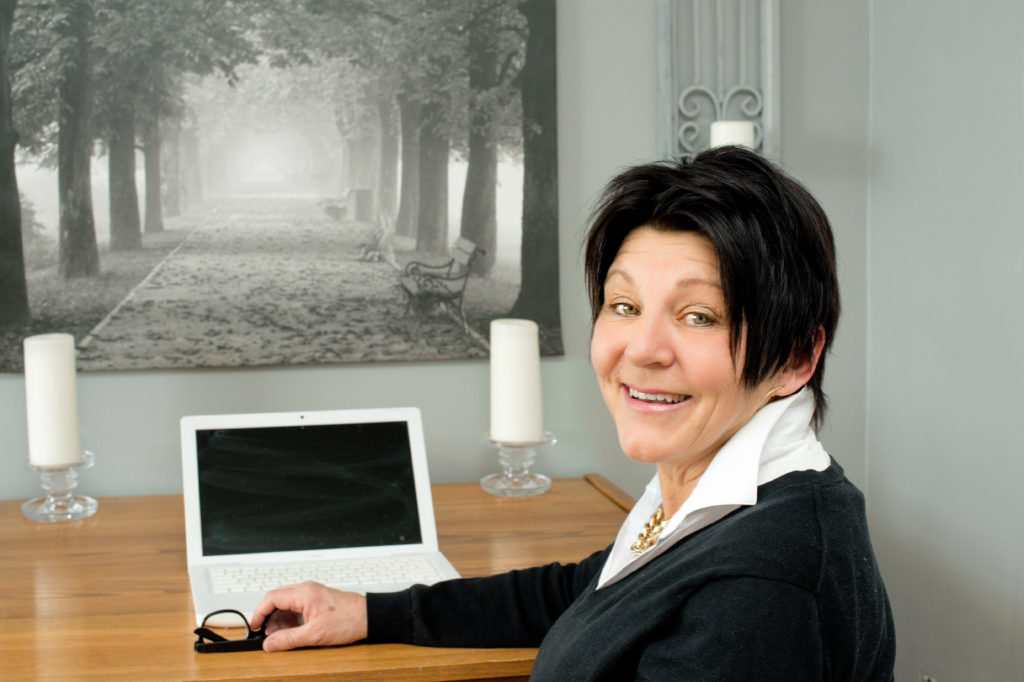 Claire was raised in a modest home in Scarborough, Ontario.  Her mom Marny, a nurse/librarian, and her dad Roy, a mechanical engineer/pianist, raised Claire and her two older brothers in an atmosphere that valued family, respect, love, and effort.

With John playing the trumpet, Keith practicing the clarinet, and Claire working on her scales at the piano, the house was rarely quiet.

Some of Claire’s fondest childhood memories are of the parties that centered around a decrepit old piano in the basement. This was the sixties and the seventies; the piano was painted yellow, its bench was orange, and the walls were covered with fake wood paneling.

Claire’s grandmother, Freda, and Freda’s sister, Ethel, were adored by all of the Loach family and friends and neighbours as a source of great entertainment. The sisters, “Freed” and “Eth”, would perch themselves on the orange piano bench and play and sing all of the goldie oldies, laughing and telling jokes the entire time.  Claire cherishes these childhood memories of gathering around that piano in the basement, laughing, singing and dancing, children and adults, young and old, all having fun together.

These were simpler times: no computers, no cell phones, no Internet, no Facebook, and only three channels on the TV. There were fewer distractions.

Music continued to be an important part of Claire’s life as she grew-up.  Becoming a church organist in her teenage years helped to pay her way through nursing school.

Her challenging and rewarding career as an Oncology nurse introduced Claire to many inspiring people over the years. A number of her co-workers, as well as patients and their families, became close friends outside of hospital life.

Throughout this time, Claire continued to play the piano at parties and work functions. In addition, she started composing songs to celebrate friends’, family’s and work colleagues’ retirements, marriages, anniversaries, career and life changes.

Just recently, Claire reconnected with a patient she had looked after at Sick Kids Hospital in 1989. At the time, Derek, who was six years old, was being admitted often for aggressive Chemotherapy treatments. Claire was his designated nurse. They wrote “Dereekio’s Big Adventure” over the course of one twelve-hour nightshift, as a way to help pass the time and to make the hospital stay more fun for Derek.

Recently, thanks to social media, Claire and Derek have reconnected after twenty-eight years. That six-year-old boy is now thirty-four and a father of two young children of his own. Derek asked Claire if she remembered the story because he wished he could read it to his kids.  Not only did Claire remember it, she wrote it out and gave it to him. After reading it, Derek and Claire agreed that the story – and especially the story behind the story – should be shared. It is a story of hope, perseverance, courage, and love.

Claire continues to work part-time as an Oncology nurse. As the nursing part of her career winds down after thirty-six years, she has more time to devote to her true passions, music and writing, and she is excited about the process of publishing and sharing her stories and songs with a broader audience.

Although Claire never had children of her own, she often says that her life is extraordinarily rich because of her nephews, nieces and godsons, and she is thankful every day that they are in her life!